After gaining experience and knowledge in the Netherlands and other countries Mr. Van Wiltenburg formed Interservice Trading in 1979

At that time the company was exporting mostly to the Far East, South America and the Middle East. The following two years were used to lay down the basis of the organisation. In 1981 the company moved to Zevenbergen from where we constantly worked on increasing our markets.

The stocking changed the character of our company and, therefore, required to be adapted to suit the organisation.
At the same time the understanding of quality became a vital reference within the company to profile ourselves to the outside world and, more specifically, to our clients.

We are thinking about quality assurance and are acting accordingly

Not because it is trendy or fashionable, or we are the only stockist of a specific fitting. It is based on our conviction to supply accordingly because the client is paying, and he has a right to obtain the quality according to the specification.

We face the future with confidence

We face the future with confidence, based on the quality of both our organisation and staff, which has now increased considerably. For that future we are building a new head-office in Holland-Zevenbergen from where we can do business world wide with the strength that belongs to a world wide player. 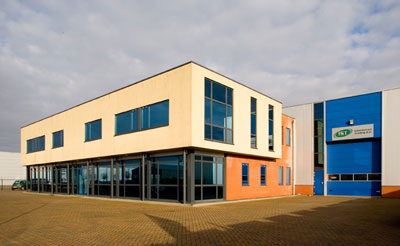